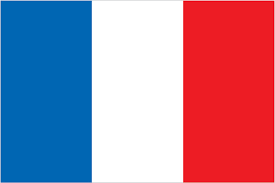 When the situation requires it, we have to go along this line. But do we really know the enemy?

There are 4 profiles of nasty or malevolent people. Recent history forces us to think about a fifth one. Let’s see these different profiles.

General Sun Tzu (- 800 before our era) said: “If you know your enemy better than you know yourself, you don’t have to worry.”

As the Tyrannosaurus, at the top of the food chain, and the fire, le predator destroys everything on its way. It doesn’t ‘want’ to cause death; it’s its very nature. It doesn’t fear anything. Once its crime accomplished, the criminal who follows this profile tries to escape without being seized.

The burglar is interested in what can pay. He comes, takes what has value to his eyes, and disappear avoiding to be traced. If he destroys, it’s to ease his crime or wipe his tracks.

The conqueror is a particular burglar. His goal is to take over the place – you place – and keep it as long as he can. It can be a general, a competitor, or your partner’s lover. What he destroys, it’s you, your image, your memory. Collateral damages are no burden to him.

Less dangerous apparently, the gamer steals information, accesses. He steals you place for a while – by taking over your web page –, just the time necessary to show his strengths, its skills. He publishes his exploits under a nickname, because he doesn’t want to show himself. He doesn’t want to be stopped.
He acts as a ‘mosquito’ that irritates. He most of the time open the route to the three others. He is hence nonetheless as dangerous.

First page actor of the newspapers for decades, the terrorist is, in fact, nothing new. What makes the difference is his versatility, its agility. He choses, along a predefined plan, which role he will play. He easily changes from one profile to the other, wreaking havoc and confusion because he is unforeseeable and, hence, uncontrollable.

It’s what makes him so dangerous.

It’s what renders his actions so spectacular and his successes so devastating.

These five profiles of nasty people can be found everywhere. They aren’t only ‘out there’. They don’t only come from abroad. They are among us.

They are our neighbours – so kind. They are our clients, providers, competitors, our rulers. Our leaders. At any level. They appear among us due to disagreement, to misunderstanding, to disenchantment, and to hate. Their acts and their consequences are scattered as cuckoo’s eggs, fertilized by our lack of interest and our egocentricity. By our blindness.

We bring them to life. We feed them. We breed them.

In our information system and our computer system, they are our visitors, our authorized users, our privileged users. They are also the hackers and other intruders. Their ‘cuckoo’s eggs’ are laid down by our banal, daily actions; actions performed unconscious of the dangers.

These simplified profiles are valid in all domain of life: criminality of all kinds and wars. Fundamentalists and dogmatic persons who think they possess the unique valid truth.

As if such thing exists!

If we have to follow the scientist and philosophers, humanity’s ultimate goal is mastering, increasing our knowledge.

Information we often give access to when should hide it. By negligence, by ignorance, by unconsciousness.

I don’t bring a judgement here. I state a fact.

Our ignorance and unconsciousness come from the fact that information – due to its immaterial nature – is difficult to apprehend, and to manage in a coherent way. That makes it much more difficult to protect.

It’s a new job, a new skill. It only has about fifteen years.

Then, let’s study, let’s train, let’s become aware of the problem and let’s bring it true and valid solutions.

I’ll come on this next time.