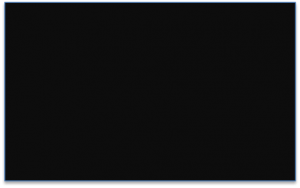 It’s true and we’ll see it. It’s because insecurity is great that we must react, not getting discouraged and preparing ourselves for the storm. Doing nothing is the surest way not to survive!

What happened in the Warsaw airport on June 24, is a blatant example (http://lexpansion.lexpress.fr/actualites/1/actualite-economique/preoccupation-apres-la-cyberattaque-a-l-aeroport-de-varsovie_1692772.html).

What they are interested in, is hindering our societies and our States economic life, and to grow richer under way. In taking our position.

What systems do they target?

ALL. As soon as we are connected to the Internet, even indirectly through other systems or networks, such as the mobile telephony network.

But do we exist nowadays if we aren’t connected?

Why is it so easy?

There are three fundamental reasons that make the attacks easy:

The Internet initially was a network built to interconnect American universities and defence industries and to allow for common research and development. They were ‘in good company’, between trusted people… even if, already, some leaks were detected.

When the Internet was opened to everybody, the only solution was an effective communication between two points. In case of logjam, the Internet automatically creates diversions.
Even if all wagons of your message do not take the same ways, they all arrive at the other end, in perfect order. It’s already not bad at all!

We all know that to drive a car, a ship, an aircraft, we need a license, result of our success in one or more exams. We find it normal because people’s life is potentially at stake.

To go on the Internet, no exams are needed. The right to freedom of speech and action is recognized by our constitutions. There is hence no police forces, no ambulances, and no fire brigades. It’s the reason why viruses, malware, cookies and other attacks exist and are so numerous.

In the society there are always dropouts, carefree, and people perpetrating anti-social behaviour or offences. On the Internet, there are no lives at stake! … at least not directly.

They are conceived by people who build on our way to think… with the illogicalities, the shortcuts, and the inattentiveness. Nothing is perfect. Though, 95% is very good and useful. Only the remaining 5% are the source of our worries.

What is not openly told, is that these products are built-in with what are called ‘backdoors’. Doors pirates know and use to bother us, that conceivers and States know and use to spy us… remember the ECHELON and Snowdon scandals, and the recent revelations about American NSA.

One could think we can very little. That we have to resign ourselves.

You can make the life of pirates difficult.

Put obstacles on their way. As for burglars: if you slow them for more than 5 minutes, they’ll go to your neighbour.

You first have all the solutions I presented here: “Boost your immunity”.

If you are the weak link, you’ll be the first target and they’ll make of you a base of attack for targets with a better return.

Remember… security – or insecurity – is at least 50% due to human behaviour!

Why not using cryptography? I’ll post papers on this topics in the near future.