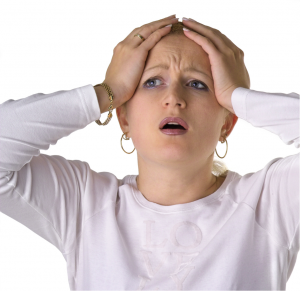 On 14 and 15 of January, twenty thousand (20,000 !) – at least – French sites had been attacked (defacement). Nothing really bad, it’s just a try. Pirates only displayed a message saying “We took control”, or something like that. They claimed to be some fundamentalist Muslims.

It was a add-on on the Charlie Hebdo events we can worry about.

But, do we need to fear? Basically, NO! Because fear paralyses or leads to run away… and gives to the enemy the keys of his target.

Want we should do is to pay attention! It’s a question of consciousness.

What should we pay attention to?

To what we say.

I already handled this issue here.

To what we do

All websites use cookies to track your habits. Your Internet address (IP address) is recorded, and allows to know in which city you’re. It’s what Police will first have access to if they want.

Besides, the Internet only records date and time of your access and its duration. It sometimes records what you’ve looked at and downloaded. It’s archived for one year.

It’s just the same for your mobile phone, and the speech and SMS aren’t recorded…
Would the authorities like to keep more and on a longer period, it’ll need huge memories and as much people to manage it.

To the malicious software

They also exist on mobile phones.

They come in your equipment through emails, their attachments, the applications (Apps), downloaded files or, simply, the visited site. Such as the cuckoo lays its eggs in a welcoming nest.

The viruses (and other similar malware) will grow and disseminate and kill what’s in the nest. I’ll come back on this later on.

The Trojan doesn’t show off. When the cuckoo’s egg matures, it kills the native babies and takes the control of the nest and the feeding.

What do the pirates?

Pirates enter your equipment and stay hidden. They however have access to your contacts, your passwords, your files, your ‘trash bin’, along with the tracks the operating system and the internet browser (IE, Firefox, Chrome, Safari, etc.) keep. They know everything about you.

With your tracks, they gather information about you. If your have sufficient value, they’ll steal your identity or your money, they’ll send out gossips that will have unpleasant effects.

If you don’t have value, they’ll only make their nest and, at the best time for them, use your equipment as a base to attack a more interesting target. And you’ll be first on the police’s list!

With viruses, they’ll destroy your files. They’ll take control of your organization, just like the cuckoo.

Never say “I’m not interesting” and conclude by this you don’t need to protect yourself.

Pay attention on what you write and where you go on the Internet.

For the tracks of the browser, make sure it doesn’t keep them longer than your session and close regularly your browser.

For the tracks of the operating system there is little to do. Sadly.

2° Be able to react on what’s on your equipment,

3° Be activated and running!

For the remaining, you should, progressively depending on the situation

1° Activate the firewall included in the operating system (Windows, OSX, Androïd) and select the medium or high level,

2° Activate the firewall on your internet router (cabled or WiFi) provided by your Internet Service Provider or vendor,

3° Acquire a dedicated software that’ll create a real shield to protect you from Internet threats. You’ll configure it after having read the notice or you’ll ask a specialist to do it for you.
Note that these solutions are generally provided in a package with the AV software.

« A warned man (or woman) is worth two ». Watching out is good, but acting is much moe effective.

Do you have remaining questions or concerns? Did you already suffer attacks, even minor (for you)? Share this and don’t be afraid. We are quite shy on this respect, but your experience can help others.